How to get 30,000 Hacker News visitors to your website

For those of you who don’t know, Hacker News is a news website focusing on computer science and entrepreneurship. If you’re on the hunt for some geeky landing page traffic there are few places you’d rather be on the front page of.

Last month my story about How Nike sold its first shoes made it and the traffic spike is … pretty ridiculous. 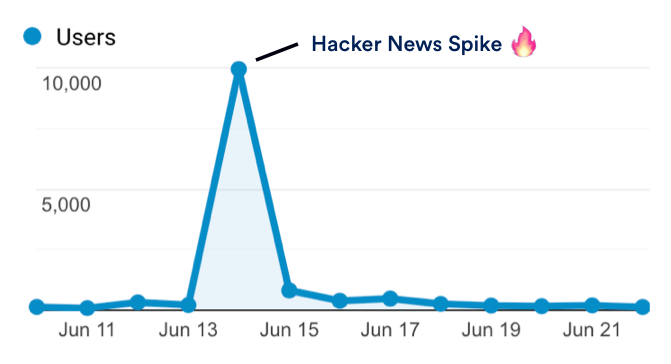 In spite of this success, I’ll be the first to admit that I am pretty clueless when it comes to Hacker News. So in putting together this case study I needed to learn from the experts.

Since he launched 9 months ago Hacker News has been the number one source of traffic to both his main site and blog. We’re talking more than 30,000 total visits. A staggering 60% of total traffic. 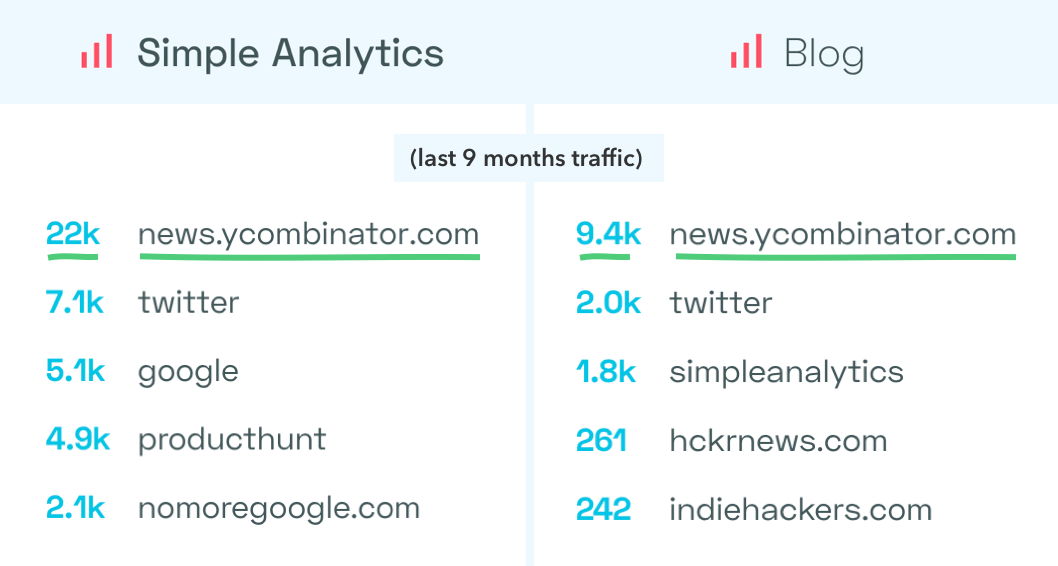 How is he doing this? Well, fortunately, all Simple Analytics traffic is open so it was possible to compare traffic spikes with Adriaan’s Hacker News activity and figure it out. 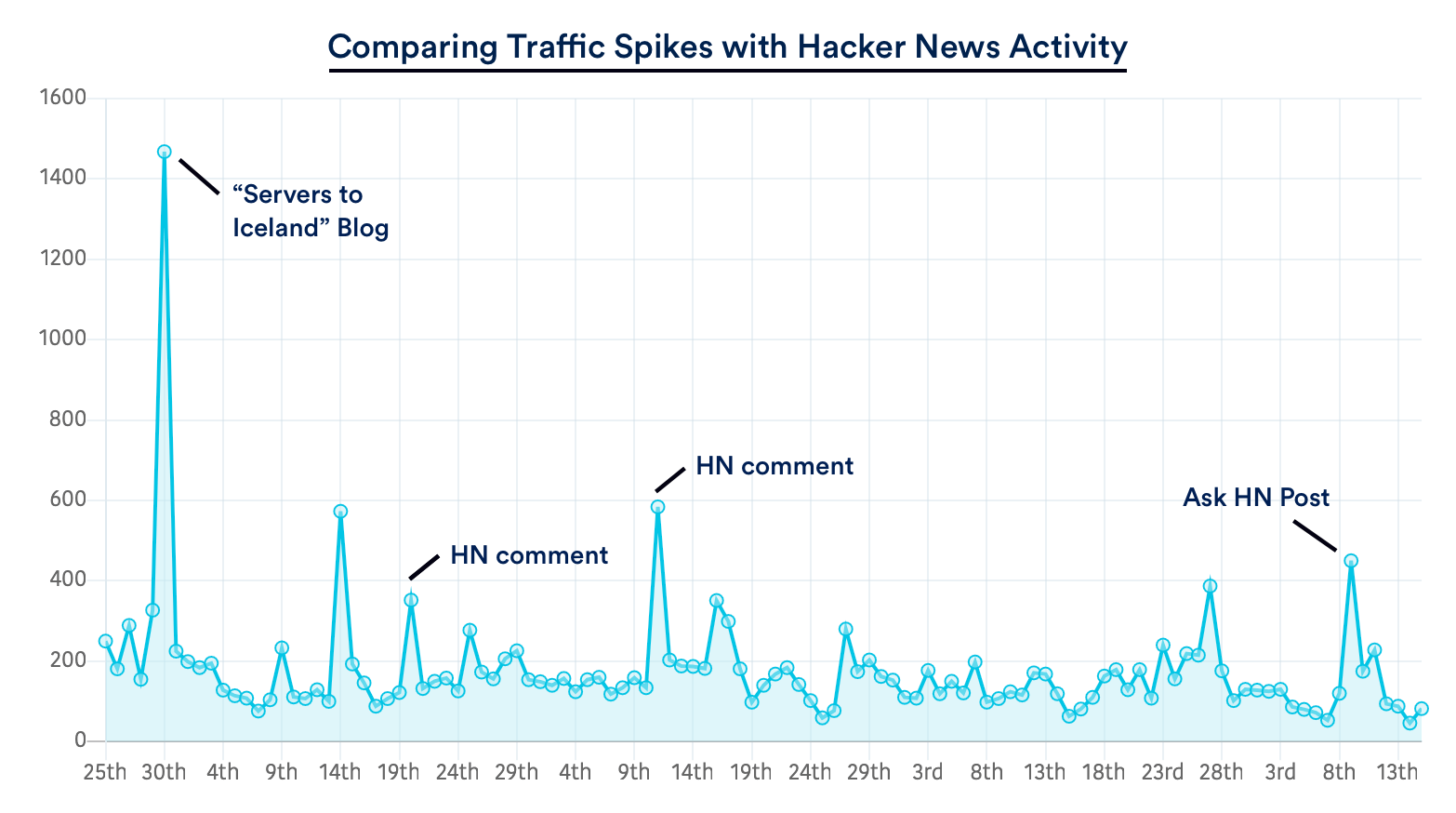 What follows is everything I’ve learnt from Adriaan condensed into four simple lessons.

LESSON 1 – WRITE THE TITLE FOR YOUR AUDIENCE 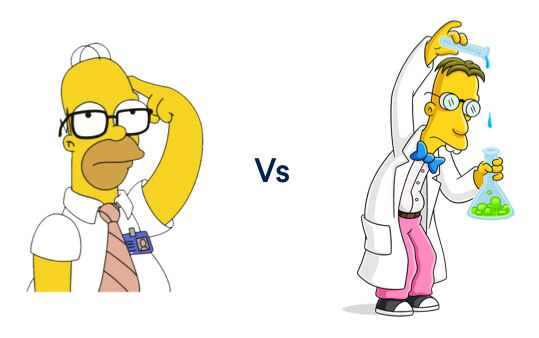 Here are a couple of Adriaan’s titles:

1. I made a privacy-first minimalist Google Analytics – 968 points

They are matter-of-fact, unemotional and understated. And that’s what works best. You want to bleed out all the superfluousness.

Arguably the most famous Hacker News post of all time is titled I sell onions on the internet. If it was titled, You won’t believe these 5 crazy reasons why I sell onions online I’m not sure it would have got the same attention.

a) Can get several thousands of views.

b) Allow clickable links to be included (unlike text posts).

This makes them a great alcove for self-promotion. Adriaan’s reply to someone who made a simple log-based analytics is the textbook example. 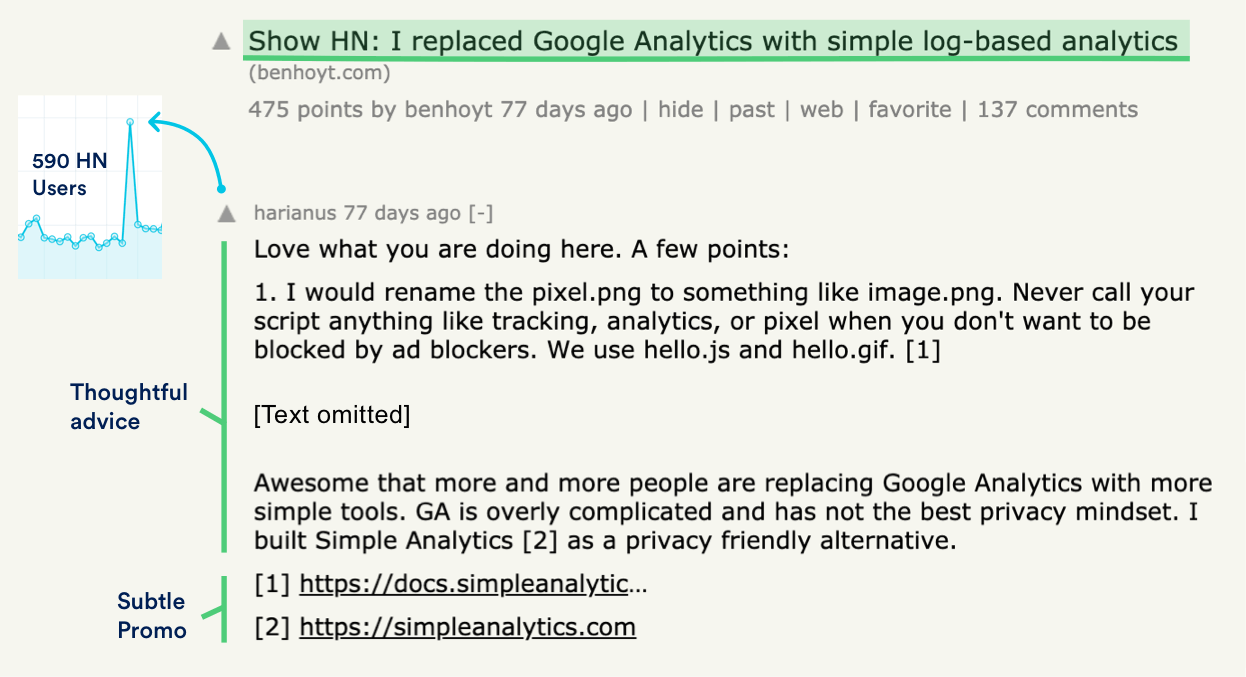 He finds a post relevant to his domain, offers thoughtful advice, and then links his own product. The result: 590 Hacker News users check out his website.

Notice how Adriaan links the Hacker News way with [ 1 ]. This shows he knows the platform and also puts his links in a more prominent position.

LESSON 3 – HOW TO LAUNCH

There are close to 1000 submissions every day on Hacker News. That means no matter how amazing your creation there’s a good chance it will go completely unnoticed.

My friend David learned this the hard way last month. He built, “A 24/7 TV station made up from the best Hacker News videos”. We both thought it was a shoo-in with the Hacker News audience. It didn’t get one single upvote.

How can you turn the odds in your favour? Well, Adriaan let me in on two tips:

1) Always launch to the Show HN page. The lower frequency of posts means you will have more chance of being seen.

2) Post a good first comment. For example, I often show a technical hurdle and explain how I overcame it (HN loves that).

All this advice is cool but can’t I just share my post with friends for them to upvote?

This means that people have to find and upvote your post organically.

What I’ve noticed some people do is put out a tweet directing people to the newest page. This gives their followers an easy route to find their post. 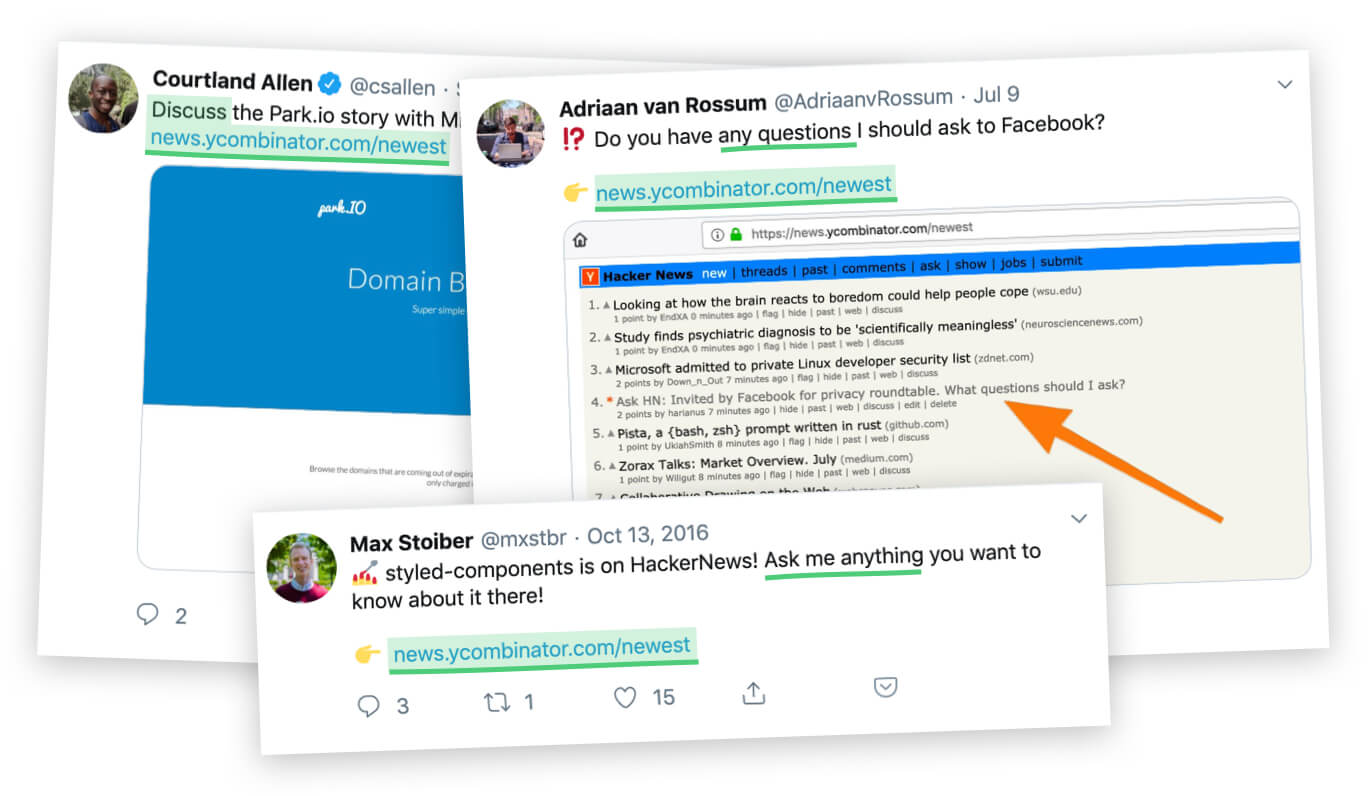 Notice how the above posters are all encouraging discussion and not asking for upvotes. Requesting upvotes is 100% banned!

So there we have it. 9 months. One big launch, several blog posts, comments and questions, and Adriaan has driven more than 30,000 users to his website from Hacker News.

But to call him a great marketer I think misses the point. On Hacker News a marketer is about as popular as a porcupine on a nudist beach.

Adriaan is a great Hacker News user. He understands the intricacies of the forum, offers thoughtful insight, and is never pushy with his business.

The point is that once you start hanging with your perfect audience, conventional marketing goes out the window. You don’t have to try so hard.

Find the place where your tribe hangs out. Show up, help people out, talk about what you’re doing, and the rest will take care of itself.